So let it be written! 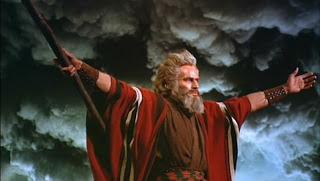 We saw How To Train Your Dragon today, it was so cute. I won't give away anything but the message was so positive. I had actually planned on sleeping through it (I think D did too)but it wasn't possible, I loved it and so did my six year old. She did not take her eyes of the screen once.

I hope that K took away something good from this movie, as a kid I learned a lot from books and movies. Like to always do the right thing from watching Willy Wonka and The Chocolate Factory, I also learned many lessons in tolerance and inequality from one of my favorite books, "To Kill A Mockingbird," lessons that are with me every single day of my life. I know that K is only six but you can never be too young to learn a life lesson. Some movies will take me back to another place immediately, while this trip is usually painful when done through books and film the effect is different.

Tonight after we got home from dinner and got a sugar infused K off to bed, I put on the television. I had a feeling that the Ten Commandments was on, I was thrilled to see it was! Since the dawn of man, or at least as far back as I can remember, I have watched and loved this movie. As I child I identified with it, these were my people and I felt it necessary to witness our plight. As I got older it was out of tradition, usually watched with my grandparents over Spring break. The first year I was with Starter Husband I attended his family's Seder and sat with the "kids" who were all in their early 20s, we were bored and drinking wine like we were told. I decided we should drink whenever anyone said "bondage" a tradition was born. A few days later when the Ten Commandments was on I insisted on playing the "bondage" game, it was a hit with the whole family, including the parents. I'm sure that this game is still being played in their house,just as it is in mine. I am participating in it right now, D is over it though and is hoping that I either fall asleep or retire to the bedroom so he can watch something else.

I can't help it, really. I know this movie is pretty bad and factually inaccurate yet every year I sit and watch, and yes, drink. I can recite it word for word, a fact that drives my poor husband insane. He drinks for another reason, it dulls the pain of watching and listening to me. K watched it with me last year and she was into it. She remembers the story from her Jewish preschool, previous Seders, books on the holidays and stories from me. In fact at one point last year after watching a particular scene she loudly and proudly exclaimed "Hey!! I know that part, I know that Moses guy from preschool!!" it was pretty funny. I want to pass on this tradition to her, although I'm hoping the drinking part will happen a little later. How cool will she be when she shares the "bondage" game?

I don't know how long I can keep this up though, every year this movie seems like it's longer and longer. This year it's almost 5 hours long and my poor husband is losing it. I am too, not only from the movie's length but do you have any idea how many times they say "bondage?" I suppose the main reason for this cinematic obsession is familiarity, I only have happy memories watching this movie. As a child I think I was asleep somewhere mid-desert, a scene that is fast approaching, much like the sleep I feel. I think I'm going to do my husband and my liver a favor and head to sleep soon. I already know what happens and I think the bondage talk is pretty much over.

Besides I feel the same way (but not as strong) about The Sound of Music. I haven't invented a drinking game for that one. Yet.

It's OK D, you can turn the channel now.

Cheers!
Posted by MicheleB at 7:56 PM